In many ways, reading has informed who I am—shaped my desire and sense of self. The quilting women of my early life were also big readers of romance novels, and I was almost too encouraged to shove my nose in a book. So, I should start off by saying that it comes as no wonder that I turn to printed text as a material.

Searching in popular culture for a more content-laden material than the cloth I had been using in quilts, I turned my eye to the thrift store heaps of discarded romance novels. They were initially used as pure aesthetic material for the pattern of text and yellowed pages, and as symbolic material to represent heterosexuality and feminized objects, most often in contrast to masculinized materials like plaid and men’s pants I was using in quilted works.

After being gifted several gay erotic novels, my relationship to the romance novel began to shift. Though they share the same form/format, there are wide differences between the readership-driven content of the two novels. The flow of the narrative, the length of chapters, the size of type-font, the ads in the back—everything about them is radically different. Romance novels written for women tend to be drawn-out narratives with more focus on all the details leading up to the sexual act—entire pages may read through to describe a mere glance. Gay novels, on the other hand, are typically written in large type and double-spaced for quick reading, have horribly loose narratives, and a sex scene occurring every couple of pages. I became fascinated by this concept of material resemblance but subject opposition. I played with juxtaposing the ‘straight’ and ‘gay’ romance novels to highlight their culturally-referential differences, but also suggest a commonality between the two. I also wanted to mix and arrange the pages in large fields of yellowed paper, where the viewer had to spend time to discover these differences in a vein of subtlety.

After being entirely critical of them as reading material for the several years I had been using them, I decided to seriously read a few; to give myself over to the possibility of a romance novel fantasy. I read five novels and surprisingly found my own stories in these novels. I became really intrigued by the small markings, repetitive cursive name writings, and underlining by previous readers, which inspired me to start notating the novels, recording my own similar experiences, changing (i.e. queering) the text by eliminating female pronouns, and devising a coding system for repetitive motifs. These coded pages would be glued together in a manner reminiscent of piecework, and would become the substrate for many works, including the large Notes for Future Romance, the Boyfriends Series, Island, Romance Series and Peepholes. 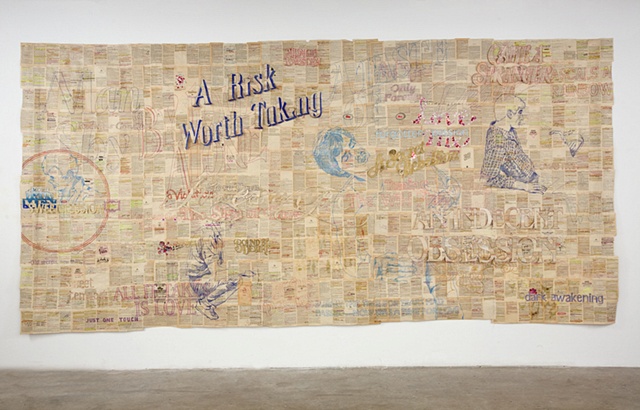 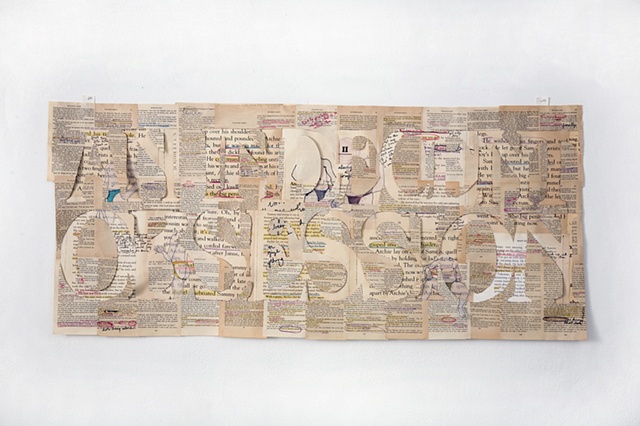 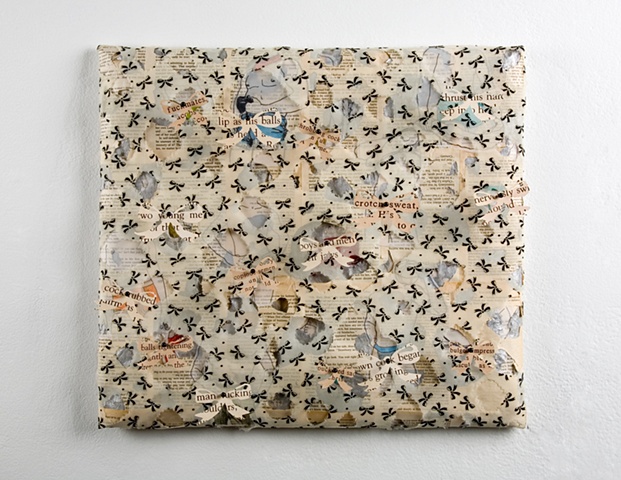 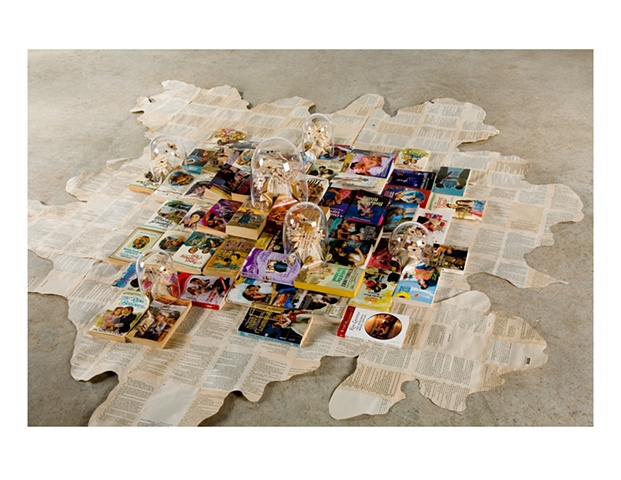 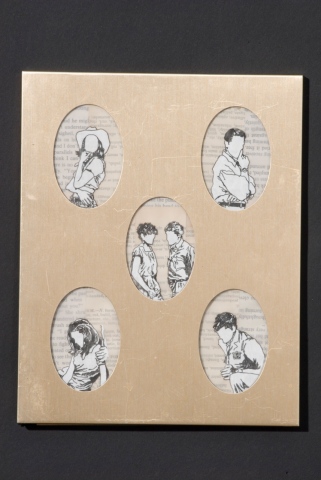 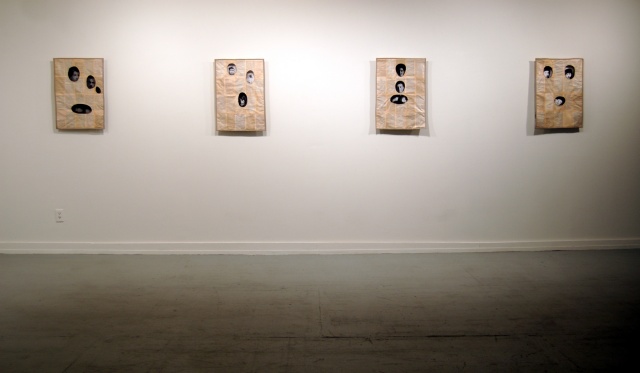