These works deal with recontextualizing common symbols or objects that are overtly charged in a gendered way, being either very masculine or feminine. I am attempting to gender-bend, or queer, these objects and their original meanings. This method of working subverts the relevance of rigid gender codes and allows multiple meanings to be applied to objects created in a queer time and space.

The target as a symbol endlessly fascinates me. The image of a target is most commonly spotted on dartboards, archery boards or the cardboard human cut-outs at shooting ranges. Targets are both a means and an end to the hunt. Targets are aids to help one narrowly focus prey, such as the target center of eyepieces in hunting rifles. “Target practice” entails shooting at decoys or paper targets to better one’s aim.

Generally, targets are also indicative of an end, whether it is the end of a life or the focusing of attention on the final goal, the end result. To find the target, aim at it and shoot is the endpoint of a hunt or game. The idea of choosing a target goal represents the winnowing-out of other goals and tackling the most fruitful goal. Notions of target-driven hunting have penetrated commercial interests, as seen in large retailer, Target®. Behind Target’s® logo is the same “power of the hunt” mentality: no need to search all the stores in town when there is one store that will quickly end your quest of the best bargains. With ties to hunting, sport, tools, efficiency and termination, targets can be surmised a symbol of masculinity.

In this body of work, I have set forth to reimagine the target as something less powerful, less masculine. The targets I have created are soft, inviting, meditative. They are pregnant targets, targets in communities. They are the facile work of delicate feminine hands. These targets are from another world, on a queer hunting trip with all your childhood friends. 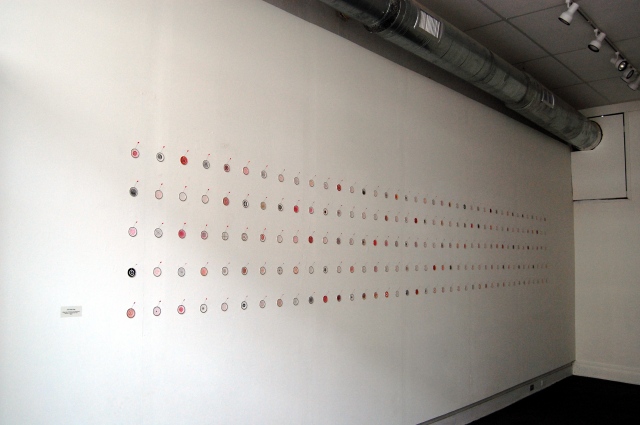 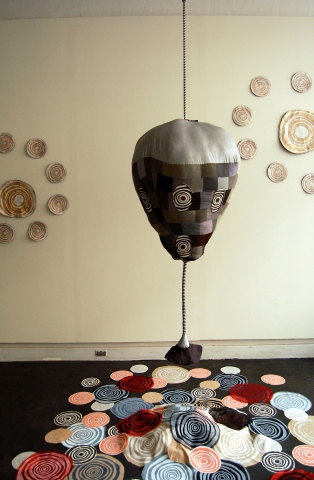 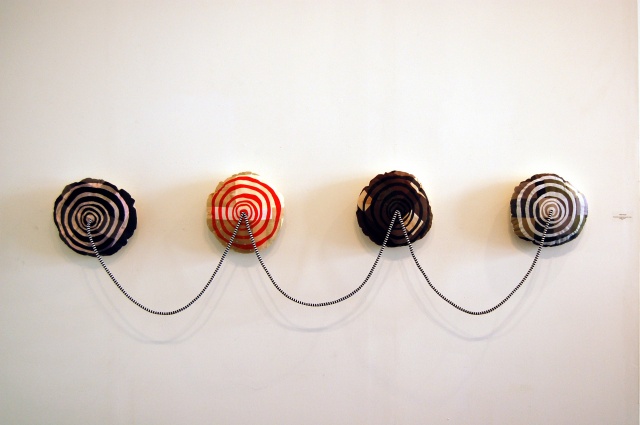