Being drawn more and more to the materiality of sexual identity, it also came naturally for me to use printed erotica and eventually porn. As I began using this widening spectrum of desire-bound material, I found that the one quality binding them all is the reading space of romantic or sexual material: the domestic setting. These print materials are written with the home in mind, since it is the most private space for which to escape from workaday drudgery into romantic dreaminess or sexual fantasy. It is from the couch or bed that these fantasies take flight. I wanted to make a functional object about reading and taking in desire, so I chose a very grandmotherly couch, which would be covered in hundreds of racy print pages. As opposed to using the authentic material, these print pages were scanned and digitally printed on fabric, so as to be wholly functional as an upholstered couch. There is a “homey” look of patchwork, but stepping closer, the viewer is confronted with a barrage of homoerotic titles, colorful straight novel couples, illustrated gay men en flagrante, and text from both straight and gay sources. While some images and titles might be aggressive or over-sexualized on their own, they are dulled by the conflation of so many disparate desire-driven images and text. As a visitor to my studio would point out: “There’s something for everyone here!” In The Couch there is no hierarchy or dominant sexuality—it charts the known and unknown territories of my personal desire, which has been informed by a variety of gendered and sexual experiences. 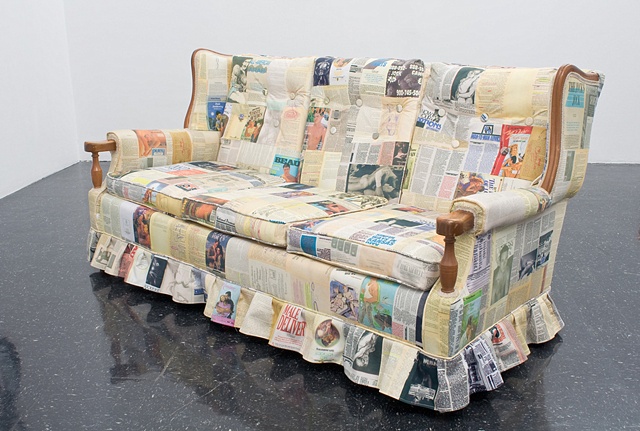 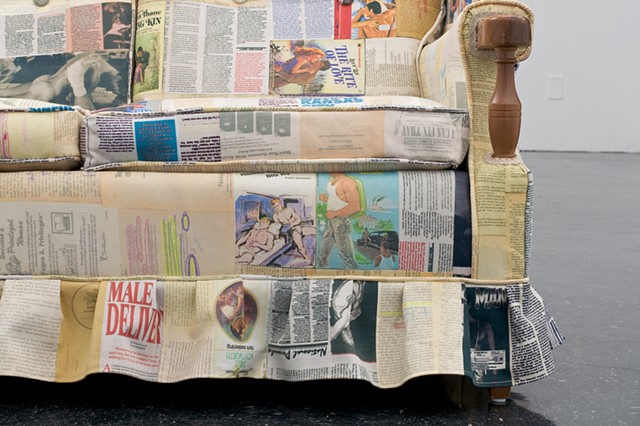 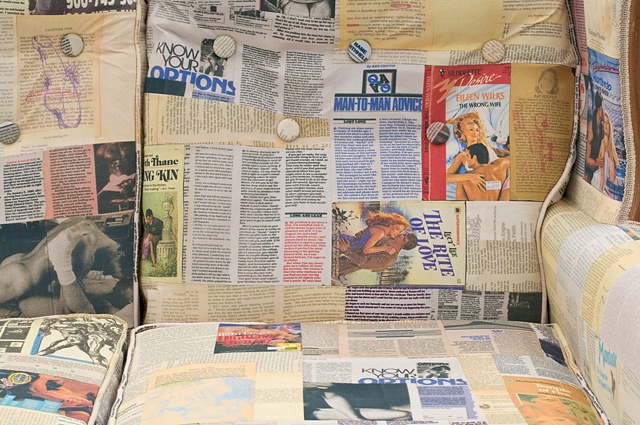 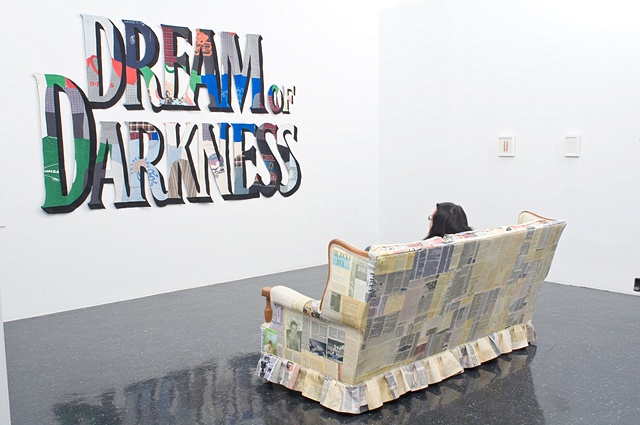 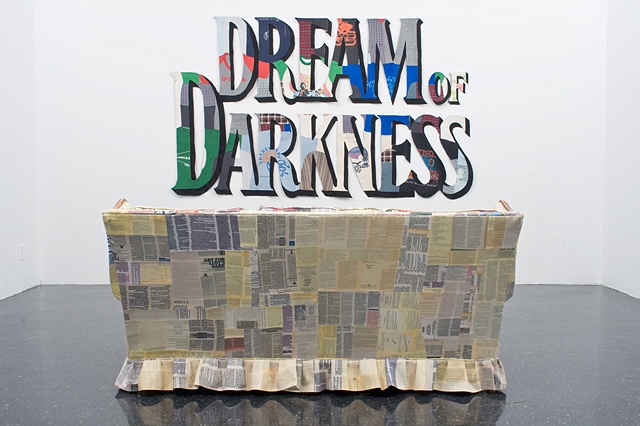