Nature-based themes are a new move in my practice, though they have been rising to the top for some time, though. The exhibition with Jesse Harrod, titled Untended, was the impetus for these new ideas around embedding queerness into representations of nature. The title of the show is a reference to gardens left untended, and the surprising, perhaps unwanted growth that occurs when nature is unmanaged, allowed to freely form itself.

The Bear is a very family-personal work. Similar to The Couch, this work attempts to reach across generational divides through a language of form, but difference and unease are manifest in the materiality. In my remake of this taxidermy heirloom, this mythological animal has been "freed" from his constraint as a legendary family hunting trophy. Created from shredded gay pornographic "fur," he is the subaltern of my own romantic forays, sexual legends and hunted desire.

In Untended, The Bear, is surrounded by Weeds in an installation mocking "natural habitat". These plants are not just mere plants. They are weeds. Briars, pigweed, briars, broadleaft plantain: scourges of the home gardener. In the Weeds series, I draw a covert line of connection between these pernicious unwanted plants and my own anxious efflorescence as a queer person in a tradition-steeped culture. My copies of disregarded local plants are made personally strange by their patchwork skins of vintage fabrics and printed gay erotica. In contrast to most of my other work, the text and images are not at the forefront—they are worked into the form so closely that only fragments can be read. Similarly to previous romance novel works, these new riffs on natural forms resist decipherment, favoring subtle meaning. 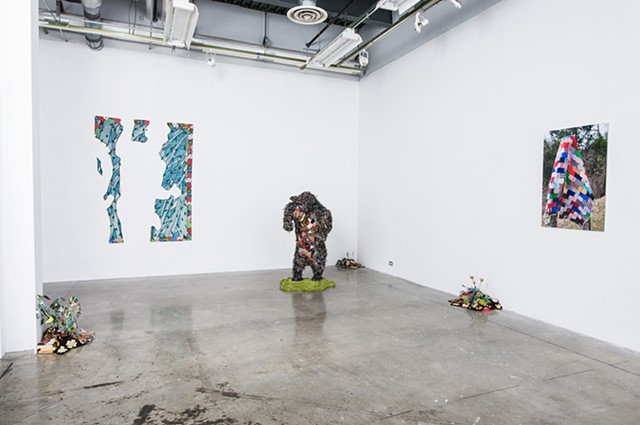 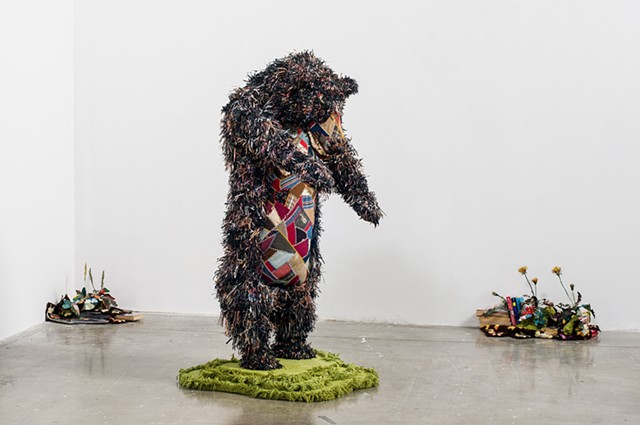 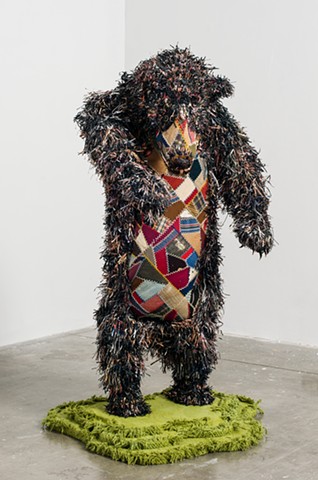 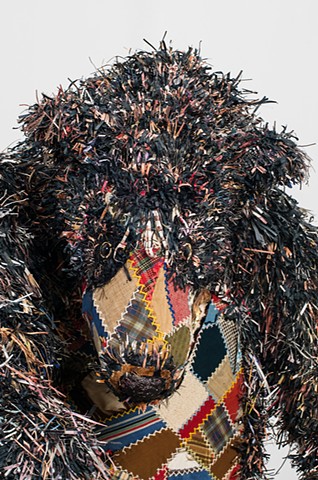 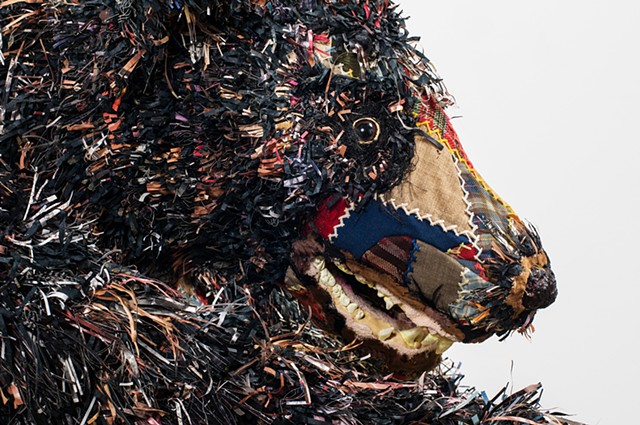 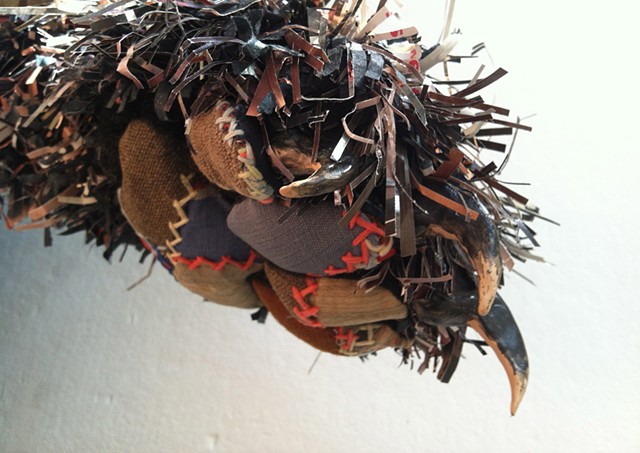 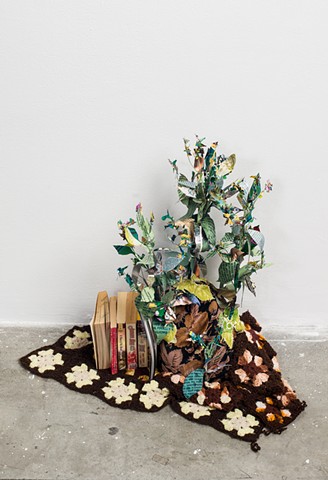 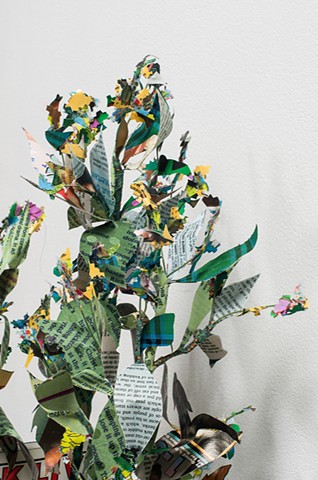 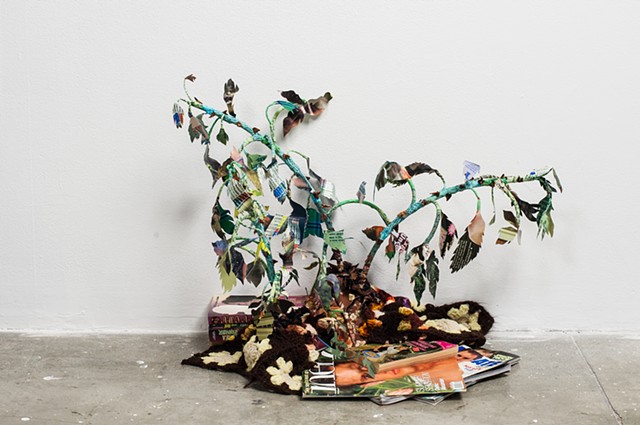 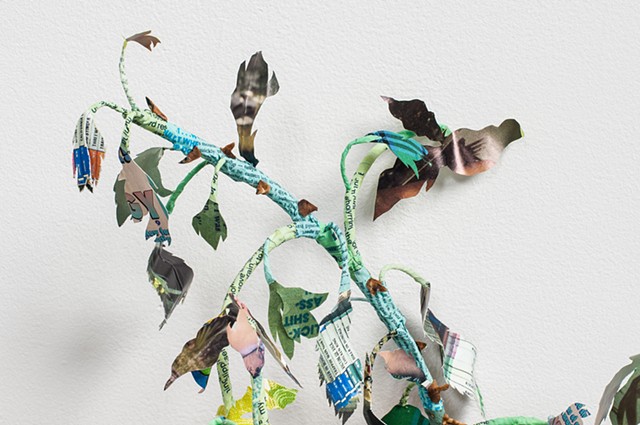 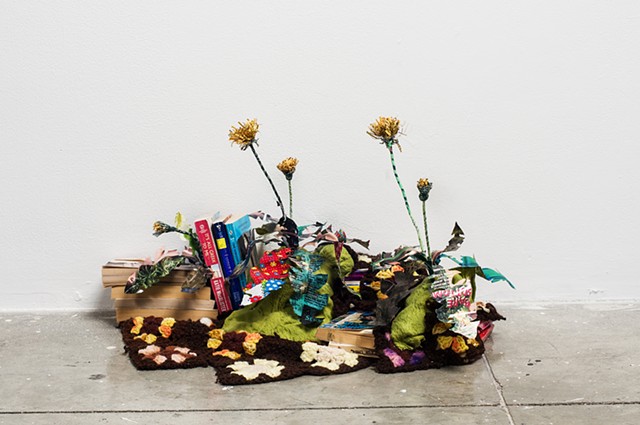 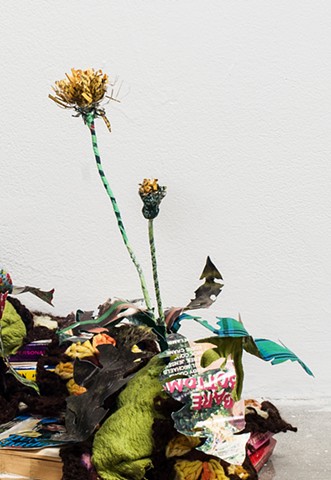 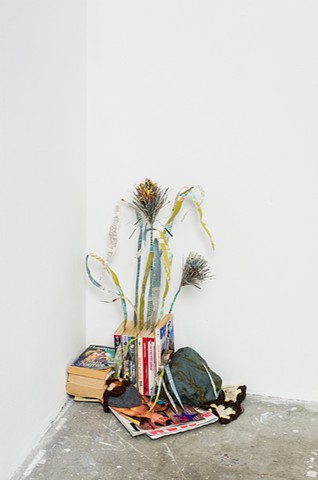 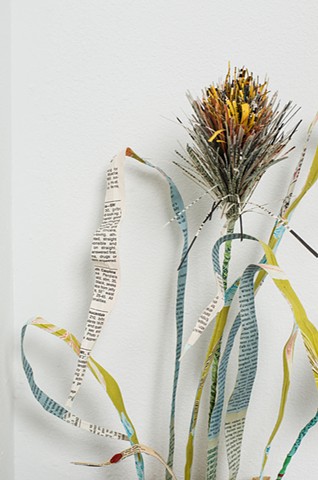 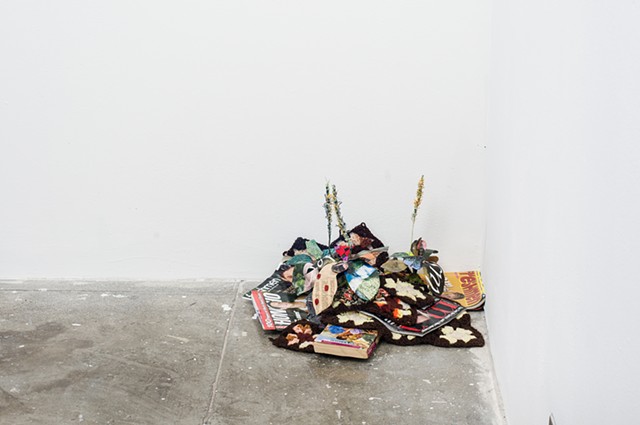 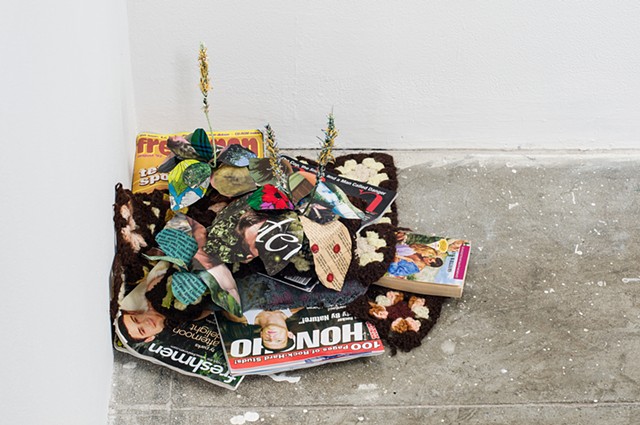 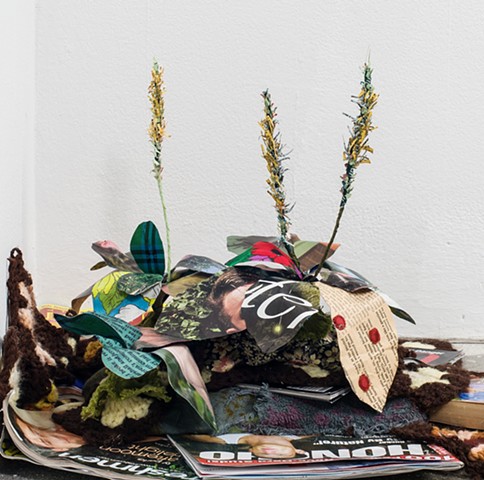 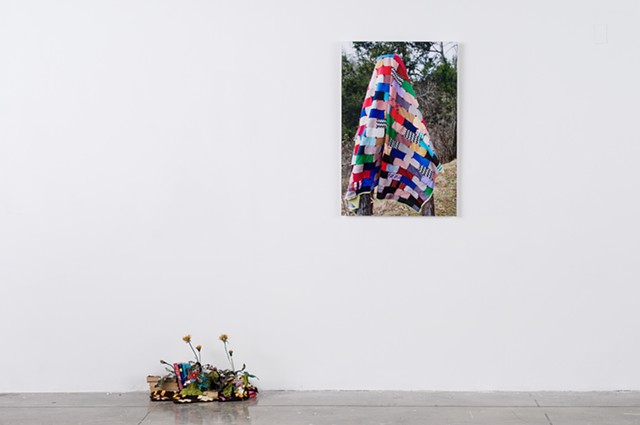 Portrait of Axie with Weeds